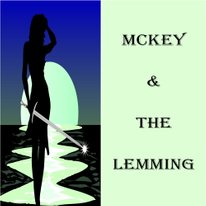 The Lemming through the years:

The Lemming (formerly known as Lemming ) started as a glam rock band. They scored several hits through the years.

The most remarkable are :Lucifera, Father John and Queen Jacula. Father John even reached Top of the Pops in the UK.

These timeless song keep on fascinating every generation, even the youth of today. 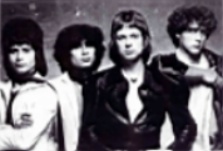 Their shows were revolutionary for that time. They inspired and influenced lots

of young people and bands. One can say that they opened  the door to a new

way of performing and making music.

Although since 1975 the influence and importance of glam rock on the ruling music scene, was decreasing more and more, the band kept on touring with their very particular show till' the mid eighties.

Through the years the band evolved  step by step from glam rock band to hard rock band and nowadays one can also say that they became more a pop rock band.

From time to time the band released a new single like "Ain't it bad" in 1998 that also got in the Dutch charts.

After that,  it became a bit quiet, but not for long.

In 2002 Wally Mckey officially restarted the band. From then on they also called them self "The" Lemming.

The reunion resulted in a spectacular new album "Worldwide" (2006), and a single "Time is Flying Away".  This album stayed in the charts for seven weeks.

In 2009 they came as first European band with an Halloween album "Gotha's Halloween".

In December 2015 they surprised everyone with a new album "Songs For Sale".

ALEX BROEKHART joined the band in 2002.

LISSA VERRA joined the band later on as backing vocalist. With her very particular and smooth gothic look she refreshed and modernized the image of the band  and she reminds the audience at the same time of the early days.

Wally Mckey and Tony Gloudie are the only original members that never left the band and are nowadays still part of it.

Some of the members also have their own professional career besides the band: